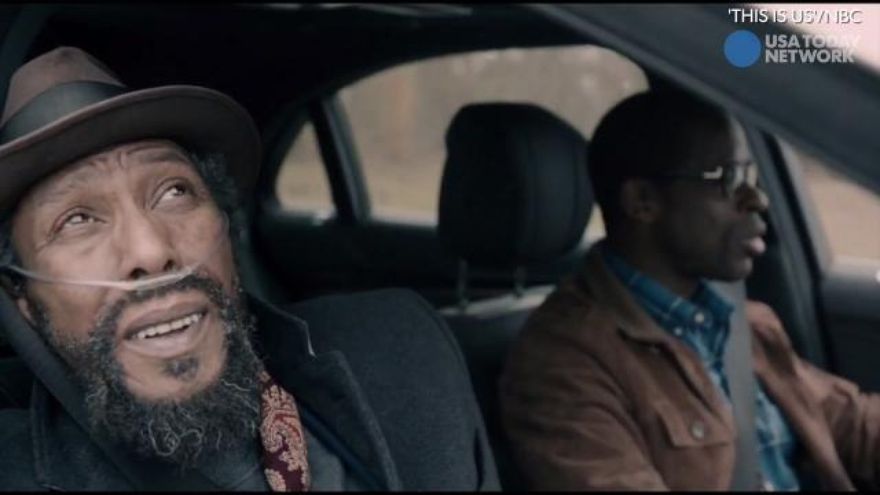 This is Us: Memphis is a Pivotal Episode

DON’T WORRY, I am not going to give away any major spoilers about this episode.

This is Us has to be the most well written show of all time, and the actors are the best in the industry. It’s no wonder this show is an award winner. I was a late This is Us fan, but after the first 2 episodes I was hooked and binged watched that sucker. If you haven’t watched it, you surely are missing out and need to just give in and check it out.

This is Us episode 16, entitled Memphis, is a real tear jerker (just like every other episode of this show!). DON’T WORRY, I am not going to give away any major spoilers about this episode. I know the thoughts I have are some of your exact same thoughts, which is the point. I say all the things you are thinking! 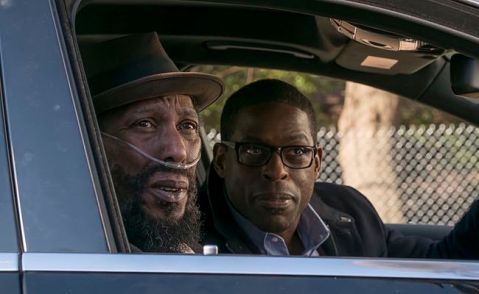 This episode gave me such peace for Randall and gave me a new respect for William.

Randall is such an endearing character and always has been to me from the beginning where we learn about his story. Yes, we all know he was dropped off at the fire station as a newborn and adopted into a nice family. What makes him an endearing character is his honesty and vulnerability. It’s rare to see a black man express his emotions, especially on TV. Honestly, that’s all I ever think when I see him… that it’s so rare to see a nice black guy, with a good job, being faithful to his wife, showing his family (including the men) affection, who is willing and able to cry in front of people shown on TV or movies for that matter. This change is a nice one for black boys to see as an example.

Honestly, that’s all I ever think when I see him… that it’s so rare to see a nice black guy, with a good job, being faithful to his wife, showing his family (including the men) affection, who is willing and able to cry in front of people.

It’s even more rare to see someone who acts so tough and strong, immediately retract and give in to their emotional needs. For example, the first time I felt this way about him was when he went to see the father he never met for the first time. He talked about how he didn’t need him and how great his life was despite the fact that he was abandoned; all about how he was about to leave and NEVER see him again, but then as soon as his father invites him in, he immediately accepts the invitation. I knew right then and there that he was an adorable character that I would love to watch.

Watching him break down as the season went on, because his father is sick and he doesn’t know how to channel emotions has been tough. The flashbacks throughout the season were helpful to slowly start to understand his struggle. We saw how tough it was to feel like he couldn’t fit in, because he didn’t know anything about his roots. We saw snippets of how that affected him like when we see him trying to hang out with black kids at the pool, or when he went up to random black strangers just hoping to find out they had something common.

That’s why this episode was so pivotal for his character. Going to Memphis with his father is exactly what Randall needed. The scene where William talks to his cousin is one of the many reasons I love him…

William: This is my son
Cousin: I know, he looks like you
Randall: I do?! Because I’ve had a few people say that to me but I don’t see the resemblance
William: *looking like, do you mind?!
Randall: I’ll let y’all get to it

Or when he asks if cuz means cousin and tries to confirm how far removed. Lol

Telling his wife that everything’s a little better with a little Beth.

Beth saw the change, and so did I. I can’t remember how many episodes it has been since we’ve seen him that happy. Meeting cousin after cousin and doing his best Oprah impression (You get a cousin, you get a cousin, everybody gets a cousin!!!!) I don’t blame him for his uncontrollable excitement that he could only explain by letting everyone know he grew up with white people. Don’t get me wrong, I know how lucky he was to have a family who loved him. He is certainly grateful for that as well. BUT just imagine living somewhere your entire life around people he looked nothing like you, people who couldn’t tell you how to take care of your hair, who didn’t understand your skin care needs, who couldn’t tell you if you had a family history of any crazy diseases… I sure can’t. But I know Sterling K. Brown made me feel like I could understand. He is a phenomenal actor.

I was so happy to just see Randall smile and let loose in this episode, because up until this point in the show, he has been on the brink of an implosion. He needed William to do that… to help him with that. “Roll all your windows down… crank up that music… grow out your fro… you deserve the beautiful life you made… you deserve everything…”

Up until this episode of This is Us I was still kind of sour with William about his past. I slowly started trusting him after the episode where we found out he was sneaking out to feed his cat, but I guess I was always waiting for something deep and dark to come out about him that would turn me against him again. But the more I learn about his life, the more I love him as a character.

Knowing that his dear Mom telling him to ride the bus is how he met the love of his life made me smile. I don’t know about you but the first time we saw him riding the bus in this episode, it clicked and I kept expecting to see her! And then I did, and I was thinking, “damn these writers are good!” The way they piece together the story, even though we saw a piece of it earlier in the season where it just seemed like he was basically a crackhead his entire life, but now it unfolds that he was a sweet kid. It’s the best writing and story telling out there.

Seeing that sadly her death was his downfall, it just gave me an entirely new respect and understanding for him and his mistakes. I guess I always assumed he was the one that strung his girlfriend out and caused her to be an unfit mother… but to see his habits come out of a weak moment and all because it was easily available all around him thanks to that girl… I just love him even more. And seeing where he came from (sadly I assumed it was probably from a bad situation where his Mom was all on drugs or an abusive father); it’s good to see he came from love.

In the end, I just think this episode was pivotal for Randall and his life. I expect to see less panic attacks and a happier guy who is no longer lost and wondering where he came from.

I look forward to learning more about each of the characters. Tell me how much you love this show!!

I'm a marketer, a blogger, a Mommy and someone who watches a hell of a lot of TV and loves movies. I believe that the scenes in romantic movies can be my real life, I watch shows like Grey's Anatomy and How to Get Away With Murder and believe I can be a doctor or lawyer in real life. Basically I say all of the things you say at home or to your friends, but I say them out loud... in a public forum. You were thinking it, but I said it!! View all posts by theflixchick

2 thoughts on “This is Us: Memphis is a Pivotal Episode”